Spill its way from my soul… #MFRWhooks

Amazon | Available from these ebook stores: 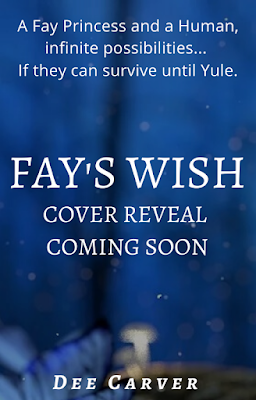 As I entered the garden, the smell of succulent roses and jasmine infused me. I continued upon an emerald and ruby path, glinting like a wine-filled goblet. Gliding over pearls and bright quartz, I headed for the waterfalls, the soft lining of moss caressing my feet. My heart faltered. He was human.

The Gods however had their own agenda. He stood, straight as an island tree, eyes wide. My mind numbed and turned to fear for both of our lives, while realization and a look of triumph emerged across his face. I stepped backwards as he strode with intent to us. To me.

“Kyle?” Aine asked, coming up beside me.

“Yes ma’am. You must be my noble guests. I believe I am to show you this.” His voice, a melody.

The Gods were in full force. In his hand he held the miniature of the Goddess Morrigan. Trying not to sound giddy and terrified I interrupted, my voice rasping out too harsh, too loud. “Thank you, sir. Shall we leave now?”

“Of course. If you will follow me.” The deep timbre was replaced with a cold, professional sound.

I only hoped he would understand why I could not be more open. I thought I saw pain in his cobalt eyes. Oh Gods! Does he not realize this is killing me, too? To have him stand in front of me in the flesh and not touch him, show him how I feel. Knowing I had no choice but to heed my head, knowing an eternal love was growing deep within my chest. To know, even though I could feel his breath on my cheek, I could not lay the barest of caresses on his hand or show him the emotions trying to spill its way from my soul.

Come visit with me on RLFBlog.com November 27th!

3 thoughts on “Spill its way from my soul… #MFRWhooks”