What I call dream waking #MFRWhooks

Amazon | Available from these ebook stores: 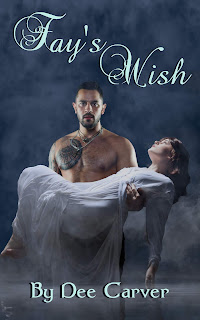 “Shayla, I’m not sure how to say this, but I am not asleep. You know, I have never been asleep when we are together.”
Oh. Well. How was that possible?
I completely lost it. If there is one thing, I can be sure of, it’s the fact of my body being in my bed and not here.
“If you are awake, then how? Only one of my people is capable of walking in someone else’s dreams.”
“You would not come to me, so I came to you. We are in what I call dream waking. I have always been able to travel this way. You are the first one who has been able to interact with me as though we were both awake.”
“Where are your families from?” I blurted.
“My fathers’ family is from this land. We have been a part of Inverness as far as can be traced back. My mother’s side came from an island in the Irish Sea. I don’t know much about them, but it was said, the women die shortly after the birth of their first male child.”
“Where in the Irish Sea?”
“I don’t know. No one does. The island was there one year and gone the next. Whoever tried charting its location got lost somehow. I doubt it vanished into thin air. Why? What does this have to do with us?”
It was near legendary in some circles. How many times had I heard of Fay men mating with mortal women? Why not Fay women mating with mortal men? Here was proof that it happened. At least he did not realize who the Fay were, but that did not help. How did I ask anything without telling?

10 thoughts on “What I call dream waking #MFRWhooks”