The Most Amazing Friends And Family #MFRWauthor 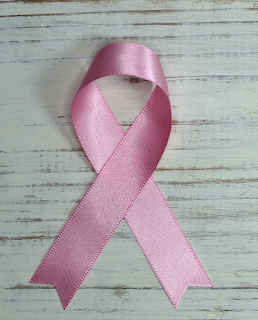 Like most people there are several things in life that I do not want to do again, some were excruciatingly painful, while others heart wrenching.  One of the things that I never want to do again is be asked who would raise my children if I didn’t make it. Followed by a breast biopsy while being told for 3 weeks ‘at this stage life expectancy is approximately one year’.

Granted it was one of the tougher trials in my life and the initial shock was a sucker punch. Walking down the hallway of the hospital had never felt so long before, which probably only took me a few minutes at most. The urgency of the doctor’s tone, the packets of information I carried burning away at me, the overwhelming need to escape what I had just been told frightened me.
We all have the fight or flight instinct in us and in that moment, flight was my initial reaction. It was as though I could outrun the doctor, the hospital, my own body. Then when I did make it outside, I had to make phone calls I didn’t want to make, tell people I didn’t want too, in that split second, I decided only a few would know. Of those that I told, some reacted as expected, they panicked at first but then asked me who would raise my kids, then offered to help raise my kids. It’s funny how the mind works. Being a single mom, I had already planned that out a few years prior. Others thankfully were praying with me and for me. If God was taking me to it, then He would see me through it.
Then came those I work with, my manager Cindy, she let me vent, she let me cry, then she let me get strong. She was there when I lost it again, then helped me to focus and make plans for the fight I had coming. Because I went from flight to fight and sometimes in the same few minutes of a single call. There was also Kayelle, she knew I was freaked out, but she also knew I needed something to help me focus beyond the doctors, testing and planning life. I am almost positive that she came up with extra ‘work’ that needed done. Only a couple other close friends knew what was happening, they kept my secret, they prayed for me, talked when I needed it and rejoiced with me when it was over.
Those that didn’t know, well it’s kind of hard to imagine but I forget sometimes that I did not really share what was happening… So, when it gets brought up in a what’s happened in your life and I start praising God for sparing mine, they tend to get a little upset I didn’t share before… sorry.
Now that I’ve written about it, think about it, I don’t know that I would pay to not go through it again… It taught me a lot. I know that if God can cure me of it, then He can cure me of anything. I know that if I am faced with a life-altering trial, I may want to run at first but in the end I will fight. That I have some of the most amazing friends and family a person could ever be blessed with… So, no… I wouldn’t pay or give anything to take knowing that away.

4 thoughts on “The Most Amazing Friends And Family #MFRWauthor”