Write What We Know #MFRWauthor

Hi everyone, well as usual things have been crazy chaotic but I am here for another edition of the MFRWauthor blog posts. This week’s prompt is an interesting one, well for me anyways. Before beginning to write this post, I would have said that very little or none of me was in my stories. However, after thinking about it some, I now know that’s not true. 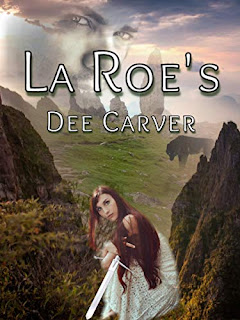 In my second story, Fay’s Wish, the main character had recently lost her mother and that I can understand heartache all too well. She also found herself on a life changing journey which I believe that many people can relate too.

We often write what we know or want to know about, so it only makes sense that thinking back on the stories I’ve written that a part of me comes out in them. I think it’s our jobs as authors to make sure that we remain true to the character and let their voices be heard, not ours.

La Roe’s will be on sale during Amazon Prime Days (Begins Saturday, July 13, 2019, and ends July 20, 2019) and is currently available through Kindle Unlimited. Fay’s Wish is getting a new edit and potential rewrite depending on what my editor (PMInc Manager, Cindy) has to say, hopefully better than the first go around with La Roe’s.

5 thoughts on “Write What We Know #MFRWauthor”